From the depths of her troubled mind, the Captain has decided to unleash a flood of emotions in the shape of moody melodic alternative rock songs, upon the unsuspecting listener." An Angry Slav Woman's tales of love, life and heartache... because it's cheaper than therapy! "I highly recommend it!" ~ Capt'n Justyna

After gaining enough courage to let her voice and stories be heard, Capt'n Justyna decided to start writing and performing her own songs. She realised that singing would be yet another great creative outlet on top of visual and performing arts that she already delved into, to tell stories of her experiences, her grievances and to heal her broken soul.

Thus out, poured a mix of moody melodic alternative rock, laced with laments, anger, betrayal, vulnerability, fear but also hope, determination, and a sprinkling of dark satire at random times that take the listener on a voyage of human emotions that probably ask more questions than give answers.

Just sit back and enjoy the voyage into the unknown and well-known and we'll see you on the other side! 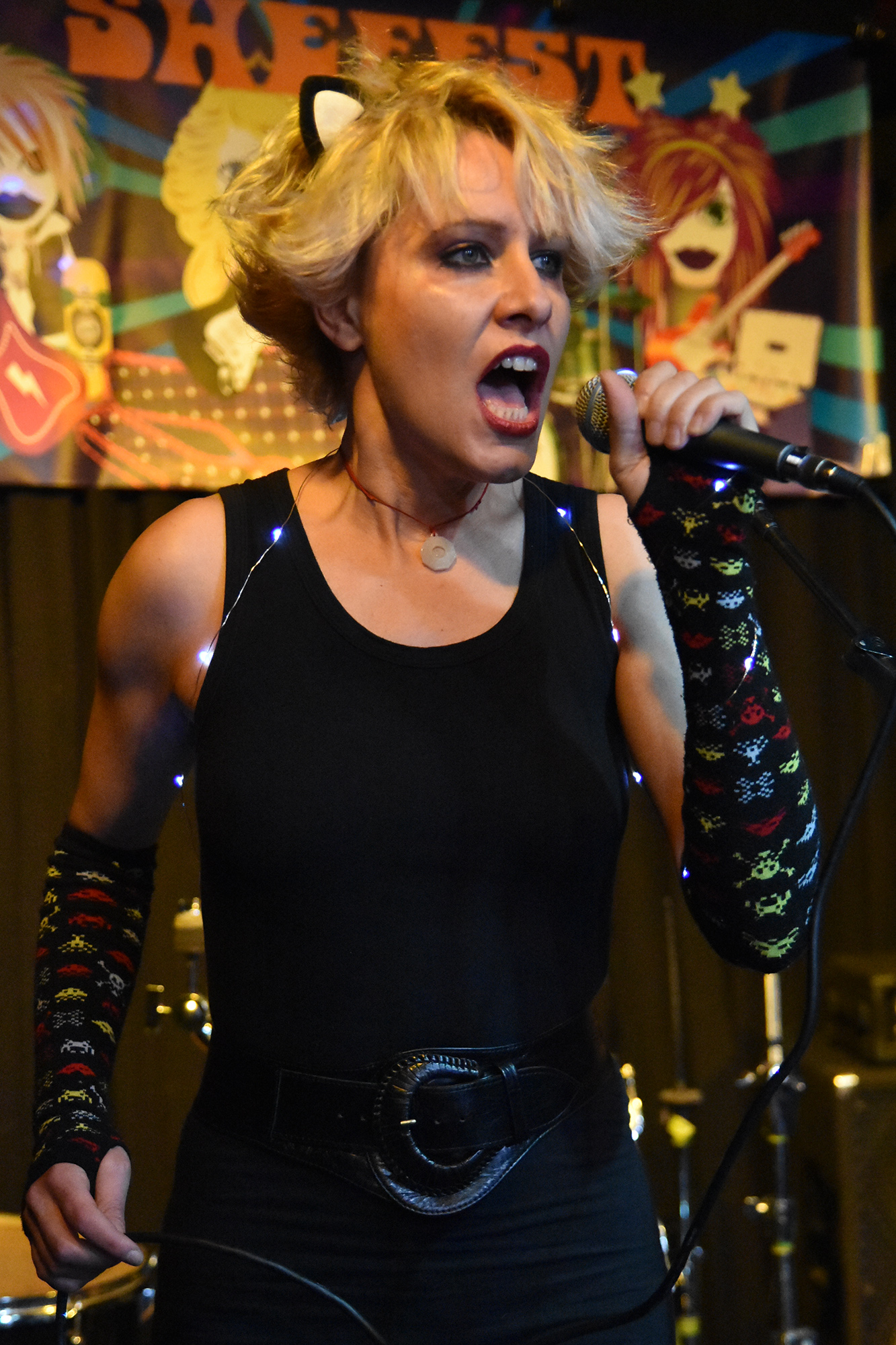 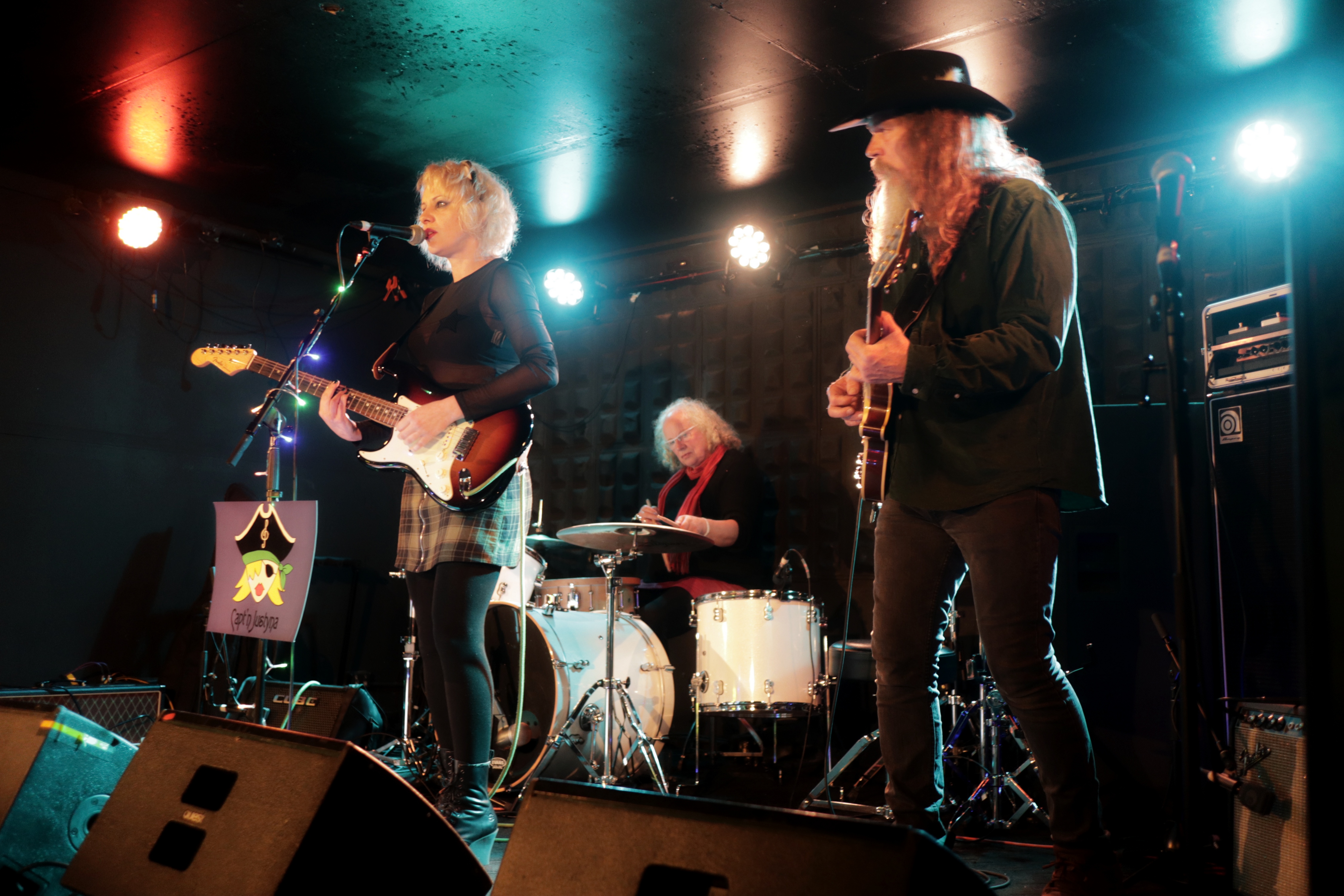 Capt'n Justyna, Andy and Mick at the Bendigo Hotel


CAPT'N JUSTYNA at the LYREBIRD LOUNGE! 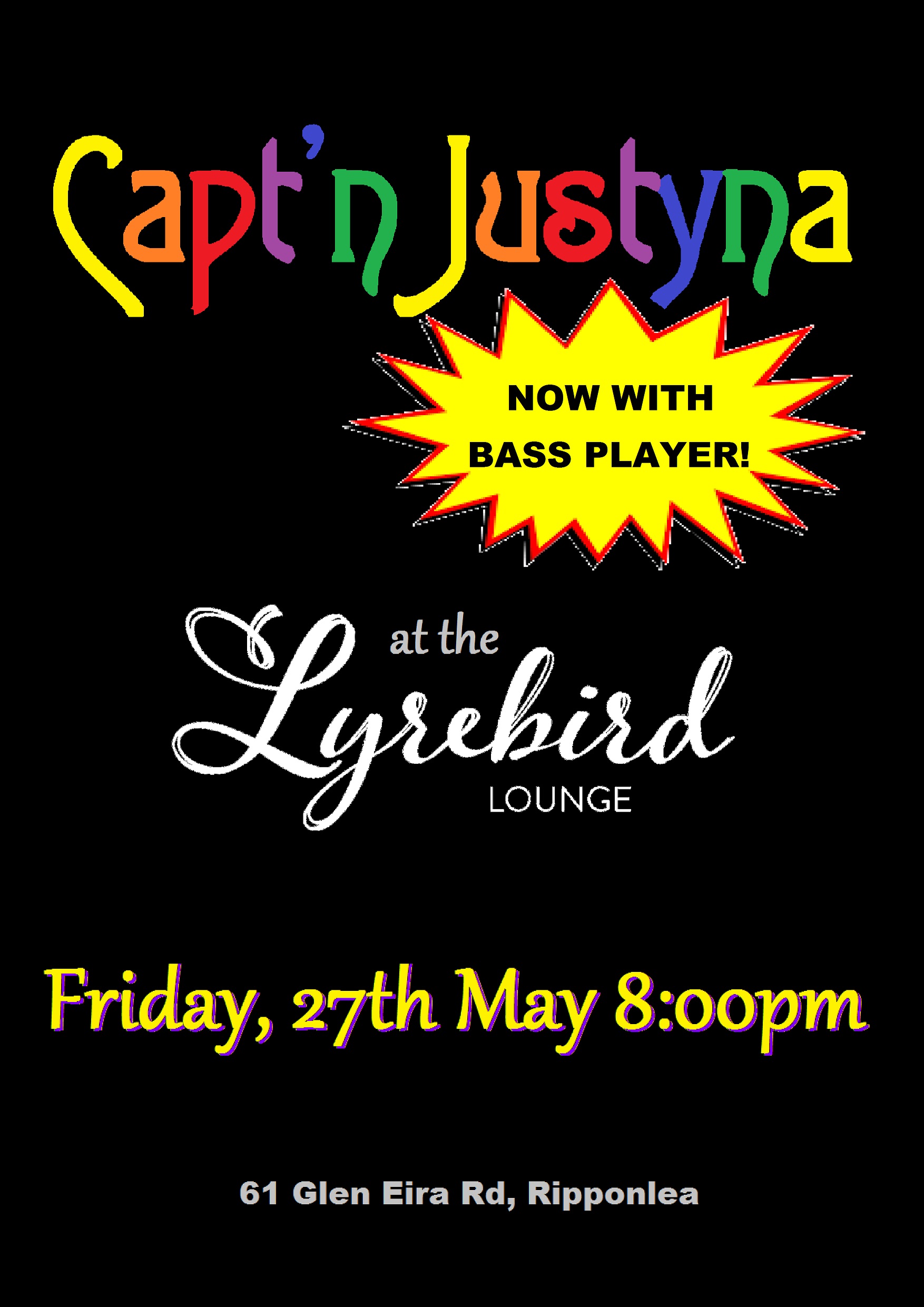 CAPT'N JUSTYNA IS BACK AT THE LYREBIRD LOUNGE! 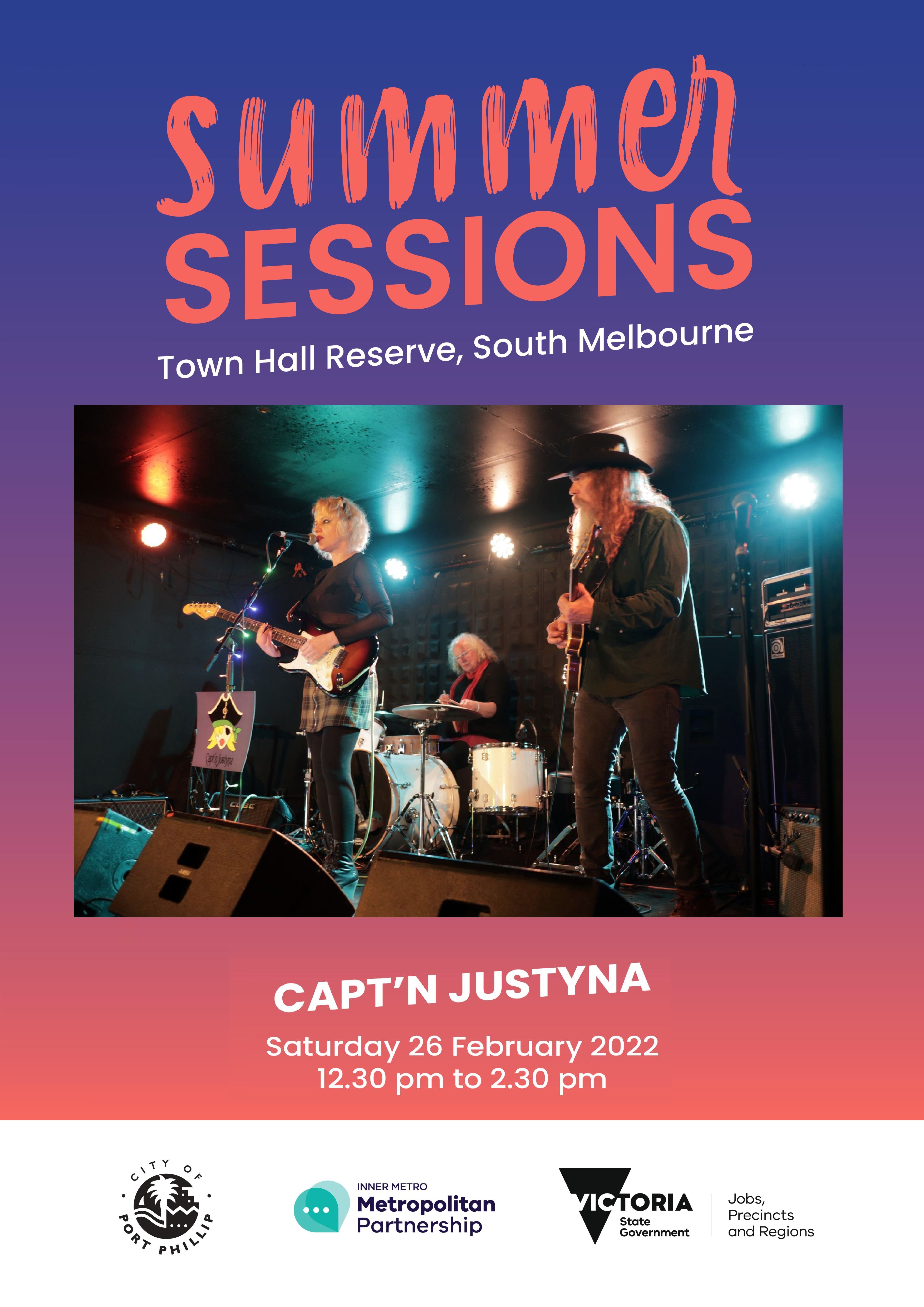 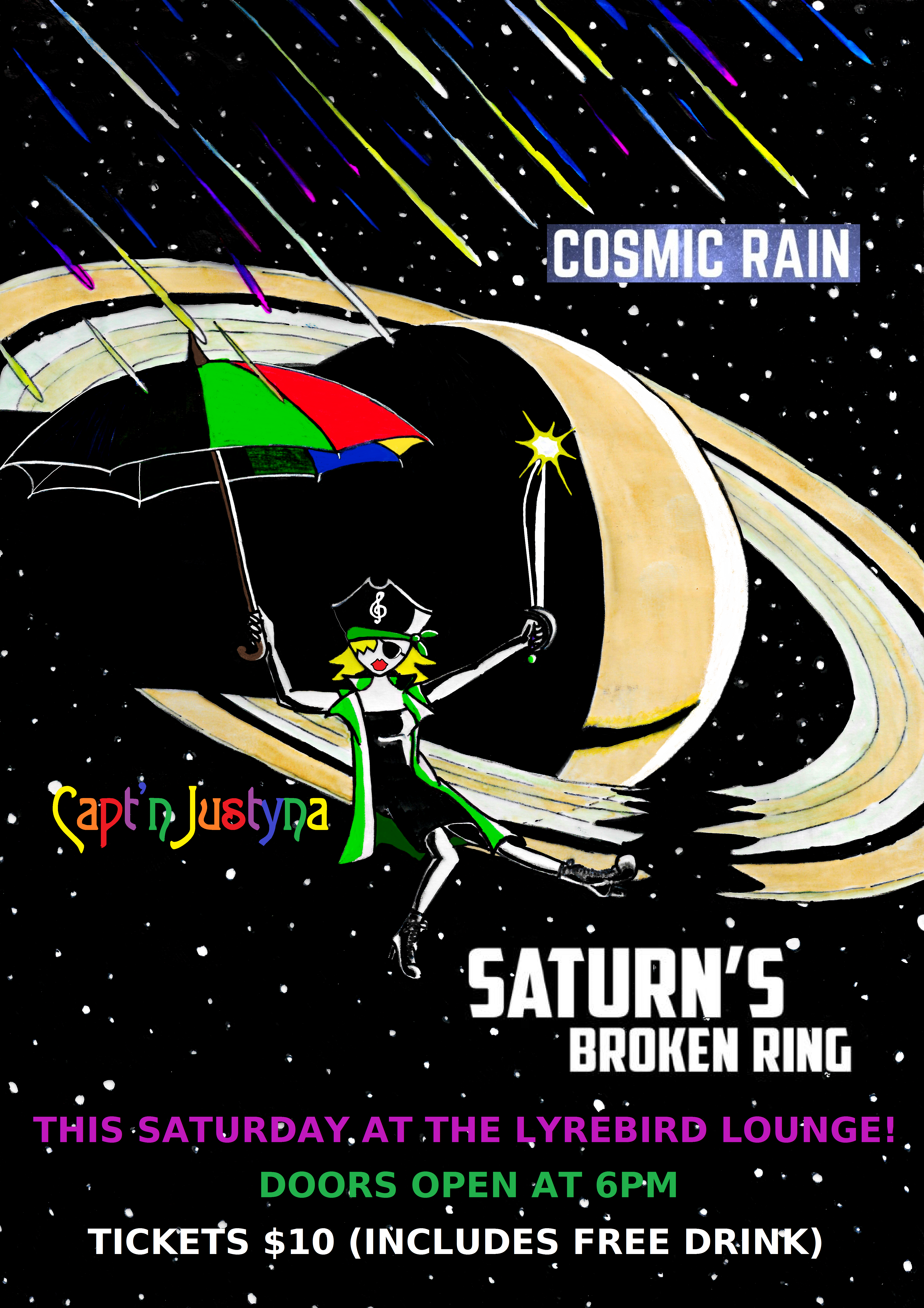 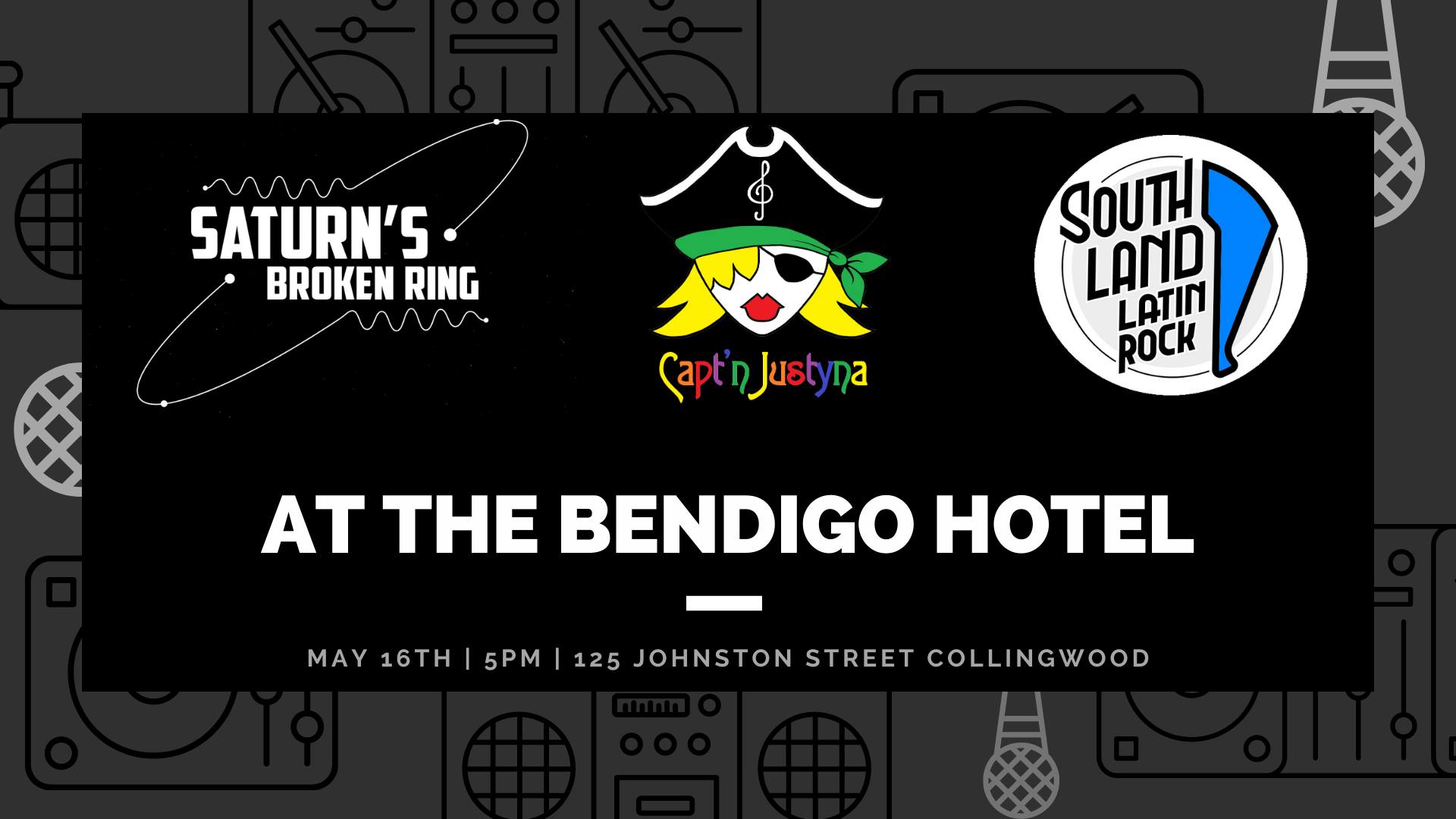